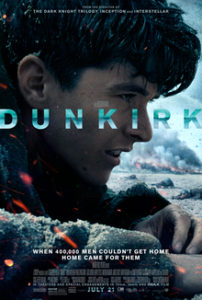 If you’ve seen the movie Dunkirk, you know that it was not a British victory, but snatching disaster from the jaws of defeat (click here). Amazingly, an armada of civilian small craft were able to assist the Royal Navy in evacuating 338,000 men from the beaches. The movie gives the nitty-gritty view of this action, the view of the soldier, sailor or aviator who is just trying to survive. No noble speeches by soldiers dying on the beach or British civilians braving German planes to save the remnants of their army. Churchill, the eloquent statesman who provided the impetus for the operation, doesn’t even have a cameo.Dialogue is minimal and terse, but that is often more realistic. However, there was one glaring omission in Dunkirk: the Isle of Man.

What, you may ask, does an island in the Irish Sea have to do with a rescue of the British Expeditionary Force from the coast of France? I mean, Great Britain is between them. The answer is the Isle of Man Steam Packet Company, or IoMSPCo, is the longest continuously running passenger shipping company in the world (click here). Yes, little Isle of Man’s ferry line is the oldest in the world. What was its role at Dunkirk? Eight of the steam packet ships answered the call to serve the nation and sailed to Dunkirk, crewed mainly by Manxmen. These ships were unarmed, at the mercy of German aircraft. Three of them were lost to enemy fire. That’s a pretty high loss ratio, but these were unarmed vessels.

RMS Fenella under attack at Dunkirk

Twin Screw Steamship (TSS) Fenella (the name is derived from Fionualla, a daugher of the Celtic sea god Lir who was changed into a swan for 900 years) was commissioned a Royal Mail Ship (RMS) at the outbreak of the war. She sailed to Dunkirk. While embarking troops, she was hit by enemy fire. They and the crew evacuated and she sank in the harbor. The Germans later raised her and rechristened her the Reval, but the RAF sunk her again and finally in 1944. 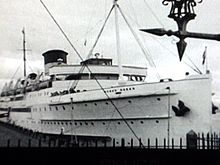 The RMS Mona’s Queen (Mona is an early name for the Isle of Man) was a veteran of evacuating refugees from French and Belgian ports by the time of Dunkirk. Mona’s Queen’s first trip to Dunkirk brought 1,200 men back to England. On her second trip, she struck a mine as she approached the harbor and sank in two minutes. Twenty-four of her crew of fifty-six were lost, seventeen of them Manx. Fourteen manned the engine room, trapped as the ship sank. The ship was never raised, designated a “water grave” for the men. 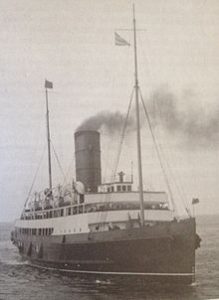 The last ship lost at Dunkirk was the RMS King Orry, named after a legendary king of the Isle of Man. King Orry was already a veteran by Dunkirk. In the First World Way, she was an Armed Boarding Vessel (ABV) and had boarded suspicious ships. She seized a German freighter and an oil tanker. She was the only representative of the British mercantile marine (same as the American merchant marine) at Scapa Flow, Scotland, when the German High Seas Fleet surrendered on November 21, 1918. Called back to service for Dunkirk, she carried 1,131 men back to England on her first trip. On her second, she was badly damaged by German aircraft as she entered the harbor. In order to prevent blocking the harbor, her valiant crew sailed out after midnight. She sank and other ships picked up the survivors.

Although hard data is difficult to find, the Manx population was less than 55,000 in 1940. The United Kingdom number about 47,500,000. The Manx ships rescued 25,000 men from the beaches of Dunkirk out of 338,000 saved. That means an island just over one percent of the population saved over seven percent of the men at Dunkirk. One out of every fourteen men rescued came home on a Manx ship. Good show, Isle of Man. Although the BBC gave a nod to the Manx (click here), the movie did not. Shame on you, Christopher Nolan.