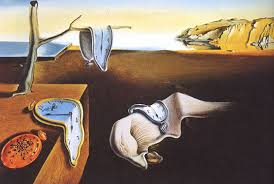 While anyone who reads my blog knows, I’m not a conspiracy theorist. But there is one conspiracy, one built on money and myth, that I want to expose. It’s Daylight Savings Time- The Big Fraud. Every year, we set our clocks forward or back in an effort to pretend that time is relative. I’m not writing about how when it’s noon in New York, it’s 9:00 a.m. in Los Angeles.? That is a constant, something determined by location, and not something changed at the whim of some legislators.? But when the sun is directly overhead, it’s always high noon, right? Wrong. It’s 11:00 a.m. real time when observing daylight savings time.? But why this pretense?? Why pretend the time is not what it is? The argument is that it saves energy, but I will show that it is a dated and invalid one.? Plus, the negative affects are often ignored. I won’t do that. 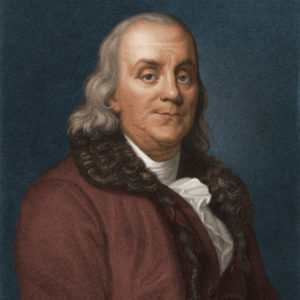 It started with Benjamin Franklin.? He was awakened by a noise at 6:00 a.m. one April morning in Paris and was surprised to see that the sun was giving light to the day. Being that he was 78 years old at the time and a scientist, I do find this rather surprising. However, as the “penny saved is a penny earned” guy, he decided that a lot of money spent on candles could be saved if the work day started earlier and ended earlier instead of working after dark. He proposed having this happen from March 20th to September 20th. Since Parisians then usually started the work day at noon and continued until late at night, he calculated a large savings. He wrote, “For the great benefit of this discovery, thus freely communicated and bestowed by me on the public, I demand neither place, pension, exclusive privilege, nor any other reward whatever. I expect only to have the honour of it.” (click here for entire text)? Interestingly, he didn’t just propose people start work earlier and get off earlier in the spring and summer, a much simpler solution than messing with clocks.

No one tried messing with time until the Germans and the British started changing the clocks to save money used to light factories during World War I. The British plan was to add 80 minutes, in four separate increments of 20 minutes each on four successive Sundays. The first Sunday was May 21, 1916, and they termed the change Summer Time. But it was not adopted in America.

Originally, all times were local, established by sundials, rather than standardized. That meant noon was different in towns not that far apart. But it could be confusing. Let’s say you were to meet someone at noon in a town a hundred miles away. But was that noon your time or the other person’s time? Since the distance usually was not only East-West or North-South, it would be difficult to know how much difference there was in time between the two. This problem was exacerbated with trains whose arrival and departure times needed to be standardized for scheduling as well as for safety, so two trains didn’t hit head on because of time confusion. So time zones were created. With a small country like the United Kingdom, there was only one time zone, Greenwich Mean Time. Established when Britannia ruled the waves, it became the reference point for time zones. But America was different, far too large for noon in New York to be noon in San Francisco and the railroads devised their own until 1884. That was when the International Meridian Conference met in Washington DC, and drew up time zones on the globe. Although Greenwich was set as zero point, interestingly enough the French showed Paris as such on their maps until 1911. Franco-Anglo rivalry has deep roots. The U.S. government did not officially adopt the time zones until March 19, 1918.? At the same time, it established Daylight Saving Time (more commonly known as Daylight Savings Time) from the last Sunday in March until the last Sunday in October. 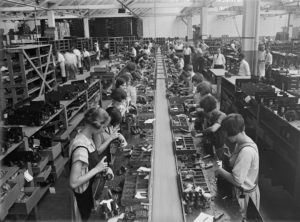 Daylight Savings Time was not popular in the U.S., but we entered the war on April 6, 1918, so the energy-saving advantages in that day gave a strong reason for it during wartime. However, it was repealed when the war ended with enough voters in Congress to override President Wilson’s veto.? It became a local option. A few major eastern cities and states kept the “spring forward, fall back” schedule, but most of the U.S. happily abandoned losing sleep for much of the year. In 1942, it again became a federal law because of World War II, becoming optional again when it was over in 1945.? Once more, the local communities decided, with some cities and counties choosing to follow DST, while a neighboring ones might not. Confusion reigned. On a 35-mile stretch of Route 2 between Moundsville, W.V., and Steubenville, Ohio, there were seven time changes. Imagine trying to set up a bus schedule of stops along that route! The Uniform Time Act of 1966 made standardized times, including the Daylight Savings Time schedule from the last Sunday of April to the last Sunday of October, within each time zone.? Only states or territories could opt out of DST, not cities.? The ones to opt out were ones close to the equator, where the daylight hours were the most consistent through the year, which were Arizona, Hawaii, American Samoa, Guam, the Northern Mariana Islands, Puerto Rico, and the United States Virgin Islands. 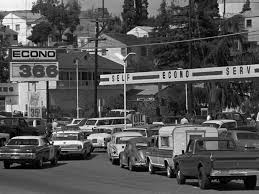 In the name of energy savings, Congress has continued to mess with our clocks. During the gas crunch of the 1970’s, it passed the Emergency Daylight Saving Time Energy Conservation Act of 1973, which greatly lengthened he duration of DST, first starting it on the first Sunday in January, then changing it to the last Sunday in February. That act expired in 1975, however, Congress changed the start and stop dates to the first Sunday of April and to the last Sunday of October in 1986. Not satisfied with just a little messing with our minds and time, in 2007 they went for the second Sunday in March to the first Sunday in November. All these expansions of DST are based upon flawed information and assumptions. 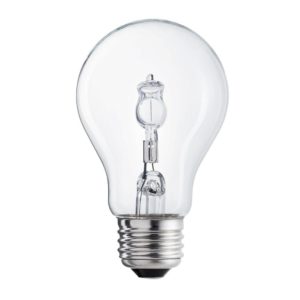 A 1975 study by the Department of Transportation estimated that Daylight Savings Time saved about one percent on energy usage per day it was in effect. This was based upon the premise that most of the electricity used was for lighting. Even if that were true then, it is not now. Air conditioning, televisions and other such high electricity usages don’t care whether the sun is shining or not.? In fact, making people get up before the sun is up, which often happens with DST, more than offsets any gains on the other end.? A study by the Department of Energy in 2008 concluded that any saving was negligible. (click here for study)? In fact, another study by the National Bureau of Economic Research in 2008 concluded that it was actually costing more to have DST. (click here for study)? Yet, the 1975 DOT study continues to have the most sway. 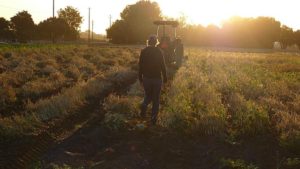 Another claim is that it helps farmers get more work time in the fields. In fact, when the California Legislature scuttled efforts to end DST in 2017, that was one of the justifications. My father, who was raised on a farm, thought that the farmer argument was laughable, something only a person who had never worked on a farm would say. Farmers don’t work by the clock, he told me, they work by the sun. Changing the clock only causes problems. Because other business run by the clock, farmers are forced to start earlier, disrupting their established schedule to comply with those of trucking companies and such. In fact, farmers were instrumental in getting DST revoked in 1919. Alas, they are less of the voting population now and have far less clout. As a side note, my father, who left the farm and got a job at GE, had to get up at six every morning to go to work and DST forced him to get up before the sun for much of the year. 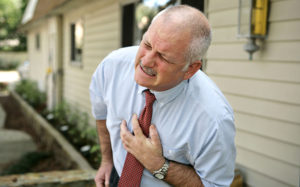 A recent article in Forbes gave the five most common justifications for DST and why they are wrong. (click here for article) It would seem that the so-called pluses are “fake news.” What about the negatives? We humans do not like our sleep habits changed. Although there are conflicting studies regarding auto accidents and fatalities, with increases right after time changes well established, pedestrian fatalities also take a sharp uptick, as much as triple in some areas. School children are very much at risk since when the change occurs, they are sometimes waiting for buses in the dark while groggy drivers speed by. Also, there are more heart attacks when DST starts. People have less sleep, often staying up later on the “new” time because their body is accustomed to it, while being forced to get up earlier. All medical research shows that not getting enough sleep is detrimental to your health. CNN recently did a piece on the many health risks from DST, such as strokes and heart attacks. (click here for article)? WebMD stated that “Moving our clocks in either direction changes the principal time cue, light, for setting and resetting our 24-hour natural cycle, or circadian rhythm. In doing so, our internal clock becomes out of sync or mismatched with our current day-night cycle.”? The universal opinion from all studies is that Daylight Savings Time is hazardous to your health. Yet, unlike smoking, using opioids, or excessive drinking, there are no large movements to stop it, no petitions with hundreds of thousands of signatures sent to legislatures.? Like the mythical ostrich’s head in the sand, the body politic acts like ignoring the threat will make it not exist. But it does.

So, why have DST? It does give more time after work for outdoor activities like playing golf or grilling steaks. Obviously, things like watching TV or movies, playing computer games or mucking around on social media are sun-neutral and do not benefit from DST. While outdoor activities are good, the cost to get one more hour is too high.? Why not play nine holes before work and nine holes after instead of a full eighteen after? Why not put lights on the patio for late-night grilling? Daylight Savings Time is no longer needed. It, like smoking and three-martini lunches, has been exposed as a danger, not worth the cost. It’s time to kill it so we can live.