Tonight we’ll be giving the Toast to the Lassies and the Toast to the Laddies responsively. I will make a pithy and profound observation about the lassies and my wife Kelly will give her rebuttal. In the interests of equality, we will try to keep them about equal, even though I am sure that will be difficult for her. You see, studies have shown that lassies speak an average of 20,000 words per day, while men speak only 7000, or about 1/3 as many. Thankfully, I was not the counter on that study. According to Dr. Luan Brizendine from Cal Berkeley, that act of talking itself ‘triggers a flood of brain chemicals which give women a rush similar to that felt by heroin addicts when they get a high.’ So men, if you wonder why your lassie often sounds like a video on fast-forward, she’s tripping out on talk. So don’t blame her if she uses three times the words needed to tell a story. It’s her fix. Not only that, the good doctor says that women devote more brain cells to talking than men. That means that men have more productive things to do than idle chatter.

Productive things? You mean reproductive things. According to the same doctor, men think about sex every 52 seconds. Women, once a day. In fact, she says that men’s “sex processors” in their obsessed brains are twice as big as in women. Any brain cells lost to talking are taken up by sex, not by noble ideas. 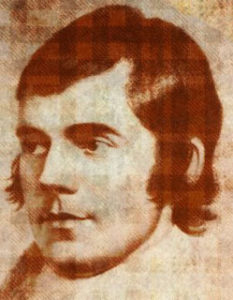 What’s wrong with talking anyway? If you ask a laddie how his day has been, he says, ‘Fine.’ Or, more often than not, ‘Lousy.” That is NOT a description. How about ‘I closed a huge deal for the company and I’ll be getting a raise,’ instead of ‘Fine’ Or ‘I lost a major account, I got fired and we’re going to lose the house,?’instead of ‘Lousy’ Which one sounds more like a man and which one takes more brains cells to say? And communication is not the only area of men’s brains that is inferior to women?s. Dr. Brizendine stated, “Testosterone also reduces the size of the section of the brain involved in hearing – allowing men to become “deaf” to the most logical of arguments put forward by their wives and girlfriends.”

Ah, logic. Men, do you think your lassies make logical arguments? Aren’t women known for intuition rather than logic? According to Mirriam-Webster, intuition is ‘a natural ability or power that makes it possible to know something without any proof or evidence : a feeling that guides a person to act a certain way without fully understanding why.” Logic is a ‘reasonable way of thinking about or understanding something.’ Not the same thing. We’re talking feelings versus reason. For a man, you win an argument by scoring the last point. For a woman, you win it by descending into tears. Maybe that’s why no woman has been elected president. Do you trust the fate of the free world to be in the hands of someone who weeps uncontrollably while watching ‘Sleepless in Seattle?’

Perhaps you’d rather entrust our nuclear arsenal to someone who yells and screams at the TV if the ref makes a call against his team. Laddies do have emotions, but they?re much less developed than women?s. To again quote Dr Brizendine, “Women have an eight-lane superhighway for processing emotion, while men have a small country road.” In other words, if the ref makes a bad call or it’s the horny moment in his sex-thought cycle, no other emotion can get past his one-lane bottleneck. Compassion? It’ll have to wait until the road clears. So, is the fate of the world that’s determined by a push of a button safer with a male? If the missiles are male, maybe it isn’t such a danger. After all, if they get lost on the way to their target, they’ll never stop and ask for directions.

Maybe that’s because they don’t need to ask. According to Professor Holloway at Columbia University, men have a better sense of direction than women. We can find what we aim for, whether it is a target or a T-shirt. If men go shopping, we make a beeline to buy. When women go shopping, it’s ‘roaming in the gloaming.’ The Daily Mail newspaper reported that a woman might become bored after shopping for two hours, but it’s 26 minutes for a man. They also reported that 58% of the men would pretend to enjoy shopping if they were offered a reward. However, unless his lassie were having her once-a-day sex thought, no man would have much hope of a reward. Plus it’s difficult for men to go shopping with women because lassies are indecisive, they have trouble making up their minds.

Women have trouble making up their minds? Any woman who has sat through a New year’s Day with the TV on and her laddie with the remote control knows the meaning of indecision. Is there a reason why he can’t settle on one game and watch it to the bitter end. Instead he hops from the Gator Bowl to the Heart of Texas Bowl to the Capital One Bowl to the Outback Bowl to the Rose Bowl to the Tostitos Fiesta Bowl. Who knows who is playing who? Is Michigan playing Wisconsin? Is Stanford playing Baylor? Who cares? There might be a good movie on, but instead you sit and watch the images flicker from bowl to bowl while he eats a bowl of Tostitos and hogs the remote. However, there is hope. If he drinks enough beer, he will fall asleep in his chair. Then you can grab the remote and switch to ‘Sleepless in Seattle.’

Let’s finish these toasts on something we both agree: Rabbie Burns was Scotland’s greatest poet and he loved the lassies. It’s very appropriate that we toast the lassies in his honor. If you took out all the love songs and poems he wrote, you’d wipe out the majority of his works. And without ‘My love Is Like a Red, Red, Rose,’ any collection of romantic poetry would be sadly lacking. Even feminists should like him. After all, he wrote, ‘And even children lisp the rights of man, Amid this fuss just let me mention, The rights of women merit some attention.’ That was pretty 21st century thinking for a man writing in the late 1700’s. At that time, the law of coverture said that a man and wife were one, but with the man owning all the property and making all the legal decisions. Women couldn’t vote or hold office. Rabbie was movie-star handsome, too. A hunk with a heart. Women should love Rabbie as much as he loved them.

You mean the Michael Douglas of bonnie, old Scotland? Sex therapist Shelagh Neil says, ‘Burns could well fit the modern description of a sex addict.’ Although no one seems to be sure about how many lovers he had, we know of at least six and he only married one of them, Bonnie Jean. He fathered at least 13 children if you count the one who died at birth along with his mother, poor Highland Mary. And most of them were born out of wedlock. He believed in equality for women alright: every good-looking woman should have an equal opportunity to hop into bed with him. I’ll grant you that he wrote beautiful, romantic poems. What better way to a woman’s heart. And body. Judging by the famous Alexander Nasmyth portrait, he was a sexy-looking guy. But he wasn’t a man you’d want for a husband. However, we do agree that he was Scotland’s greatest poet and he loved the lassies. Just too many of them.

Well, it looks like we’re out of time. And, for once, I’m getting the last word.

Gentlemen, be upstanding for a toast to the lassies.

Ladies, be upstanding for a toast to the laddies.