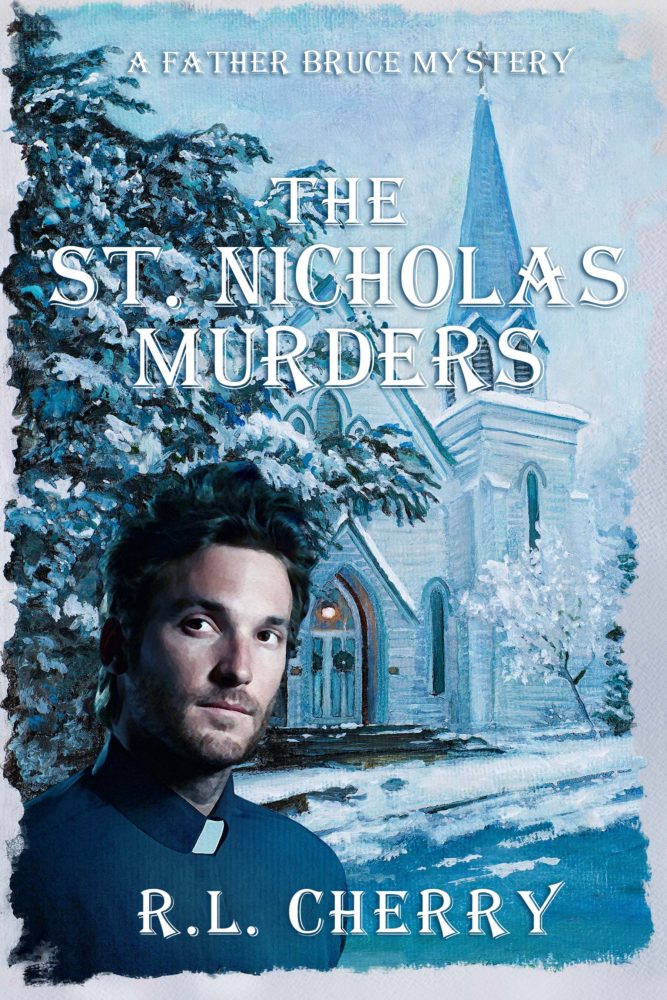 The quaint Gold Rush town of Buggy Springs was a wild and woolly city in the mid-1800’s, but had become an eclectic and easy going place by the 21st century. At least that’s what Father Robert Bruce of St. Nicholas of Myrna Episcopal Church thought. Then a mysterious, anonymous caller who claims to want to make a confession quotes Scripture and gives a riddle. Father Robert soon realizes it’s about a murder. As he starts to investigate, he soon finds that there is far more dirt than gold in them that hills. He discovers a hard drinking, drug using, wild, living side of his town he never knew. Being a young, handsome and single male, he finds some of the women to be more than friendly, but strives to keep them at arm’s length. Literally. He is warned that some secrets are best left alone, but he can’t.